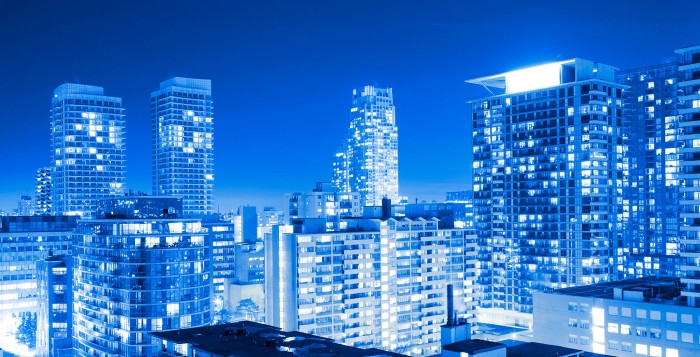 Two issues that trend on my mind, especially lately, are ELECTRICITY & ELECTIONS in Nigeria. In short, Elect-Elect #NoPunIntended.

This takes me back to my undergraduate days, in the faculty of engineering at the University of Lagos. Elect-elect was the common short form for Electrical and Electronics engineering. It was arguably the most powerful department in the engineering faculty (I like to think it still is). Elect-elect students were the closest to understanding the rocket-science-type courses that alleged world-renowned lecturers, such as Professor Mowete, taught.

In this post, I’ll be analyzing this great engineering discipline and how it has evolved through different political eras over time.

Electrical engineering was one of the earliest traditional engineering concepts. According to Wikipedia, this professional discipline that deals with the study and application of electricity, electronics and electromagnetism, was first introduced (globally) in late 19th century. This was the period when the likes of Nikola Tesla were performing great exploits in field of power systems, hence the requirement of a dedicated engineering discipline.

But as with most forms of technology, it wasn’t until several decades before it made its way into Nigerian education curriculum. In fact, it was not until its establishment in 1961 that Obafemi Awolowo University (OAU), formerly known as the University of Ife, introduced Electrical Engineering for the first time ever, in Nigeria. Clearly, it must have been one of those exciting flagship projects in the early days of Nigeria just having its independence from the British colonial masters.
It can also be inferred that most Electrical Engineering graduates in the following years, up to the 70s, would naturally go on to work either for the military government (who at the time controlled the nation’s oil & gas energy sector – a major employer of Electrical Engineers)… or the National Electric Power Authority (NEPA), a government-owned company that had emerged in the early 70s, after the integration of the National Dam Authority (NDA) with the Electricity Corporation of Nigeria (ECN).

In essence, we can safely assume that our first Electrical Engineers must have worked for the government. The danger, known or unknown to military leaders of the time, was that placing power and politics in the controlling hands of the government could be quite problematic and addictive. If you are an imaginative person, you can already think up how the ripple effect of this negligence could have been felt in the education sector and even in overall economy as we can see today.

Fast forward to millennium times… Nigeria has evolved into a democratic system and the ‘soft side’ of Electrical engineering (Electronics) had evolved to a point where the two had to exist as one, Elect-Elect. Also, the field of telecommunications (a major application of Electronics) had also extended its use from being used mainly in military applications, to private telecommunication for the masses. This was the ‘Global System for Mobiles’ (GSM) era. It was also around this time that the Nigerian government had started to realize that managing power and politics together was killing the industrial sector competition big time. Hence the decision to formulate new policies that will result in handing ‘power-holding’ over to the private sector.

In 2005, the Electric Power Sector Reform Act (EPSRA) was introduced and this led to the creation of the Nigerian Electricity Regulatory Commission, which was tasked with the major role of regulating the electricity market as it transitioned into the private sector. However, in the same first decade of the 21st century, crude oil sales for Nigeria was getting huge and probably at a volume that was difficult for existing financial systems to manage at the time. The inundation also turned out to be a major distraction for leaders in charge of public office. Although embezzlement was the order of the day, the cash inflow was so huge that the reward of landing a job in the oil and gas sector was major key in the career dream of any aspiring (Electrical) Engineer at the time.

Now it’s 2018, and a couple of blame games after, the Nigerian youths are starting to develop interest in getting involved – to fix and gather up any spoils that can be salvaged. I am also an example of such Nigerian youth that is constantly trying to understand how to move past the mess and finally get it right for the sake of posterity. And in all my iterations of finding sustainable solutions to the woes of the power sector, over the course of my years of study, research and experience in the Nigerian power sector, I have concluded that the only one way out is for the youths to get even more involved and vote in Good Governance.

In my next post, I will talk about my perspectives on good governance and how I believe it can positively affect the growth of the Nigerian economy.

Remember to subscribe or simply check back from time to time to read about more ideas from Levelocity.

Cheers to a New Nigeria ahead.